Close
Ask a Question
Home / Corona / If there is no treatment for COVID-19, how are people recovering?

“How do coronovirus positive patients recover when there is no vaccine for Covid-19?”

Your question should have been “how do Coronavirus positive patients recover when there is no treatment in the mainstream system?”

From similar questions appearing in Quora, it’s pretty sure that general public have no idea about vaccines.

Vaccines doesn’t cure any disease. They can’t cure diseases. A particular vaccine is intended to prevent a particular disease. A measles vaccine can prevent measles, but can’t prevent a chicken pox. Similarly a polio vaccine can prevent poliomyelitis, but can’t prevent COVID19. Administration of vaccine would not be effective after the person is infected with the micro-organism.

Coming to your main question, how COVID19 patients get well after treatment, there are several factors which contribute. It’s estimated that 35% of CoVID 19 positive cases are asymptomatic. Only 5% of cases proceed to 4th stage (dangerous) warranting ICU and ventilator support. The remaining 60% of positive cases are like a mild flue, with fever, cold, cough, throat pain, occasional diarrhoea, body pain, malaise, loss of appetite etc…

When we take the global scenario, almost 5% of the total positive cases have succumbed to death. Since Allopathy is the only system of treatment authorised to treat COVID19 positive cases anywhere in the world, they have utterly failed in their mission. Moreover, in countries like Italy, Spain, France and UK, the death rate is between 15% and 17%! Even in the US, the paradise of state of the art treatment, the death rate is a grim 7%. Death rate in all these countries shows that it’s much above the expected death rate of 5%. So the reason for this staggering death rate is beyond the actual mortality rate of CoVID 19.

The cured cases we are talking about are those 60% mild flu like disease. These cures are achieved by various factors

Need of the hour is not technical data and stupid and meaningless arguments. WHO should have acted more pragmatically. They should have mobilised every available treatment methodology for containing this pandemic more effectively. In that case, could have avoided loss of hundreds of thousands of precious lives , this lockdown and the resultant financial recession could also have been avoided

Our bodies have a natural defense called the immune system. It fights off infections all the time without your knowledge. Every time you get a cold, or food poisoning, or the flu, your immune system at work. And many times your immune system fights it off before you even start showing symptoms.

The coronavirus is the cause of many cases of the common cold. It’s likely many people with covid 19 will assume they just have a cold and will recover just fine with no problems and the vast majority of cases are probably not even going to be diagnosed as covid 19. We will get a vaccine available to us in about 18 months. If you’ve already had covid 19, you won’t have to worry about it again. If you haven’t and are a candidate for the vaccine, I’d recommend you get it in order to protect those who aren’t candidates for it. Those are the people who are Most likely to develop the complications that makes covid 19 more dangerous than other strains of the coronavirus.

Vaccines don’t cure you from viruses. Your immune system cures you by destroying cells infected by viruses. The aim of a vaccine is to somehow make sure that your immune system is already ready with a response for a virus we know humans aren’t innately immune to. This is done by delivering a harmless entity like weakened virus or a clue to recognize the virus (protein etc) into the body so that immune system learns to recognize and kill beforehand.

For a lot of people (over 95%), their bodies are able to come up with methods to beat the Novel-CoronaVirus when they get infected. (It is not known whether the body develops long term immunity post getting better though) . For the others, the results might be really bad 🙁 . Specially people who have weakened immune systems (people take drugs to weaken immune response in various diseases), diabetes, high BP or weak lungs/organs due to smoking.

So for people whose immunity cannot fight off COVID19 (or even whose immunity can fight it off), another way to stop the virus is antiviral drugs. These drugs (generally) stop production of various viral proteins reducing/stopping the growth of virus, thus reducing the work of immune system to kill the virus. There are a few antiviral treatments that might be working for COVID19. We still have very primary data about it, but people are already using these drugs as last resort:

The same way people recover from a cold or the flu: rest, fluid, and time. Unless you are in some way immunocompromised or very elderly, your body is prepared to fight this. Most people do not actually get the flu vaccine and if and when they get it, their bodies fight it just fine and they recover. Very few require hospitalization, even fewer die. But, again, those that do tend to be elderly and immunocompromised.

If you look for a definition of immunocompromised, you will find a wide variety of symptoms and diseases—most of which are not visible to the naked eye. This is why coronavirus is dangerous. Unlike the common cold or flu, it has a potential respiratory component that is very dangerous to those with weakened lungs from asthma, COPD, and age. It’s also particularly virulent because MOST people will carry it without knowing they have it because it incubates from 2–14 days before symptoms. This is possibly the most dangerous thing about it, aside from the fact that it lives both on surfaces and in the air, people are asymptomatic and can spread it even without being visibly sick (think coughing or sneezing). I the average timeframe, post-exposure, for symptoms to appear is 10 days. This means for 9 days after you’re exposed, you feel fine and healthy, you are going about your life and potentially infecting everyone with whom you come in contact. This is why it’s so important for people to stay home until they are recovered. In truth, researchers don’t KNOW whether reinfection is possible, they also don’t know how the virus is mutating. But what they do know is, many young people can have it and never know!

This is why the most concentrated deaths in the US have been in long term care (nursing home) facilities. Most people will recover. Children are the biggest problem because they’re most likely to carry the virus and never show symptoms. No vaccine is needed for most viruses because they mutate so quickly and, again, most people recover without medical care.

Scientists have been investigating a plethora of medicine that can be repurposed to fight COVID-19. The hope is that of the 15 pills indexed here, some can be observed as a treatment for this ailment. 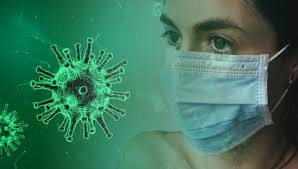 The drugs being examined for repurposing to treat COVID-19 tend to fall into two categories: those that concentrate on the viral replication cycle, and those that aim to govern the symptoms of the disorder. The aminoquinolones chloroquine and hydroxychloroquine are polymerase inhibitors classically used as anti-malarial medications. In malaria, they inhibit heme polymerase, causing the accumulation of toxic heme inside the parasite, which ends up in its death. In COVID-19, it’s far notion that the drugs maintain the virus out of host cells with the aid of blockading glycosylation of host receptors and breaking down the production of viral proteins by inhibiting endosomal acidification.

15 drugs being examined to deal with COVID-19

However, although initial research seemed promising, there have been flaws in the observe design, says James Cutrell, an infectious-sickness researcher on the University of Texas Southwestern Medical Center and writer of a current review within the Journal of the American Medical Association on viable COVID-19 medications. Another randomized take a look at of 30 patients in China that came out round the identical time discovered that they furnished no gain over wellknown remedy, and an observational take a look at, posted within the New England Journal of Medicine, hydroxychloroquine management became no longer associated with a discount in death amongst hospitalized sufferers with COVID-19. Still, the drugs are the subject of extra than 30 unique clinical trials within the USA alone.

By the wonders of the immune system.

COVID-19 is no different. Many people won’t know they have it. Many people will think that they just have a cough or a cold. But we all still have a responsibility to follow protocol as even though it may not affect us much, we are a reservoir of infection and can pass it on to those that are vulnerable.

Important to note here that it is incorrect to state that there is no treatment. There is treatment. Hospitalisation with oxygen +/- a respirator is a successful treatment that can save the life of a sufferer. But there are only so many beds, so many oxygen canisters and so many respirators in a hospital. This virus will spread fast, and an oversubscription for treatment need could cause havoc that leads to untimely death of those who develop critical symptoms. It is the collective responsibility of society to avoid this by following stated protocol.

A VACCINE exposes you to a disease in a harmless form, so that you can develop an immunity to it. That’s all. It’s as if you had the disease before, so you probably won’t get it again; if you do get it, it will be less severe.

The folks in China didn’t have a vaccine, and they hadn’t had the disease before, so when exposed to the virus, they got sick. 80% is the natural recovery rate for that illness.

(I should note scientists are not sure that you can become immune to COVID-19; the jury is still out on that.)

Previous article Have you ever been treated differently in a store because of what you were wearing?
Next article Why Cricket is Popular Game in india